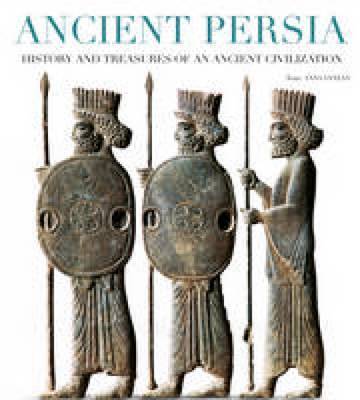 The book investigates the pre-Islamic Iranian culture that developed between the 5th millennium BC and the 7th century AD in the immense territory extending from the Eastern Mediterranean to Central Asia. This chronological overview illustrates the key aspects of this civilization, from the prehistoric era to its development and the establishment of its empires. It examines the Achaemenids, who maintained the empire created by the Babylonians and Assyrians, the Seleucids, who revived the Achaemenid political and cultural cosmopolitanism destroyed by Alexander the Great, and the Parthians and Sassanids, who transformed the empire into the greatest crossroads of religion, civilization, language and trade between East and West. This historical journey is supplemented by detailed considerations of the arts, religions, traditions and customs of the ancient populations of the Iranian plateau who, despite the constant pressure they faced, managed to maintain a cultural unity that has endured into modern times. The book, which is based on the latest scientific research, is written for the general public in a narrative that combines a clear style with scientific accuracy.
The historical tableau that emerges conveys the complexity of a world that fascinated all the cultures that came into contact with it, from those in the Far East to the European populations. At the same time, it offers significant insight that will help readers understand what is happening today in a cultural and geographical area that, unfortunately, the West continues to observe with hesitant admiration.

ANNA VANZAN, a specialist in Iranian and Islamic studies, graduated from the University of Venice with a degree in Oriental Languages, earning her Ph.D. in Near Eastern Studies from New York University. Her research focuses mainly on the world of Persianized culture (Iran, Central Asia and Islamic India), paying special attention to the cultural history of these areas, where she has conducted research studies. She has published numerous essays in Italian and international magazines, and her most recent book, La storia velata, donne dell'Islam nell'immaginario italiano (Edizioni Lavoro, Rome 2006), was awarded the Feudo di Maida Prize in 2006. She has taught courses on Islamic civilization at Italian and foreign universities, and currently teaches at IULM University in Milan. Vanzan is executive editor of Afriche&Orienti magazine and contributes to Italian and foreign publications and radio programs.